The community organisation does wonderful things with food that would usually go to waste.

This year has thrown some curveballs our way, but it has also required us to pause, think about what we want our future to look like and reset accordingly. For National Recycling Week this year we are looking ahead to our Future Beyond the Bin, where materials remain in circulation and what was once seen as waste is understood as resource. To that end, we are asking Australians from all walks of life to share their inspiring stories of how they #gobeyondthebin at work, home, school and in the community.

The best way to someone’s brain is through their belly. This is the philosophy behind a not-for-profit that is combating climate change by educating the community about food waste. Or rather, the delicious things we can do with the things that would usually become food waste.

Since 2015, Hidden Harvest has been hosting community dinners, public activations and workshops that equip people with the tools (and tastes) to tackle food waste. So far, they have also diverted 5 tonnes of food from landfill and saved around 9568kg of CO2 in the process. We caught up with Hidden Harvest’s general manager Maree Thomson to talk about lettuce soup (yes, it’s a thing) and breaking out of our food bubbles.

Planet Ark: What does Hidden Harvest do?

Maree Thomson: We bring people to the table to talk about food waste in a positive way. A lot of the time when there is an issue, environmentally or socially, it's presented as a problem that we need to fix, which it is, but we really try and do it in a positive, easy and practical way that doesn't intimidate people. 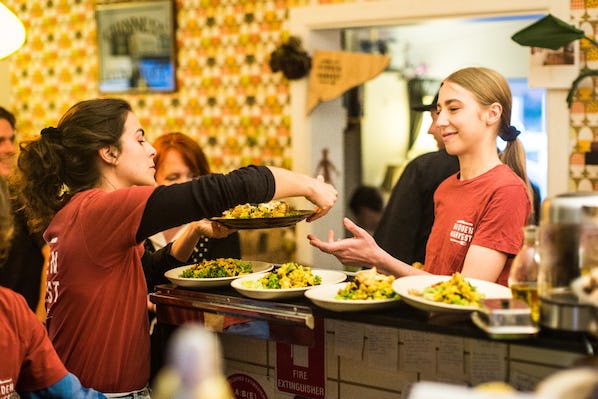 Where did the idea to set up an organisation to tackle food waste initially come from?

Our founder a Berbel Franse was working in Ghana for a year or two and saw what their food system was like; The way that they utilised everything that they could when it got to the market, but it was actually the infrastructure behind it that caused a lot of food waste in their communities. And when she came back to Australia, she saw that it was kind of the opposite. Our infrastructure is really good but when food gets to the market that's where most of our waste is, on the consumer side of things rather than the logistic side of things. So that's where the idea that we really need to start doing something about this in our own kitchens came from.

What is the philosophy behind Hidden Harvest?

Our mission statement is that we combat climate change by providing the tools and forks to tackle food waste and serve up a sustainable future. Not everyone's aware, but food has a massive environmental impact with the resources that it uses to be grown, storage and also the emissions [generated] when it's sent to landfill without being utilised correctly.

Also seeing how beautiful food can be with its aspects of community, nutrition and sharing. It really has such wonderful potential to both minimise our impacts when we're conscious about what we do and bring people together in a society where that isn't always the easiest thing [to do]. 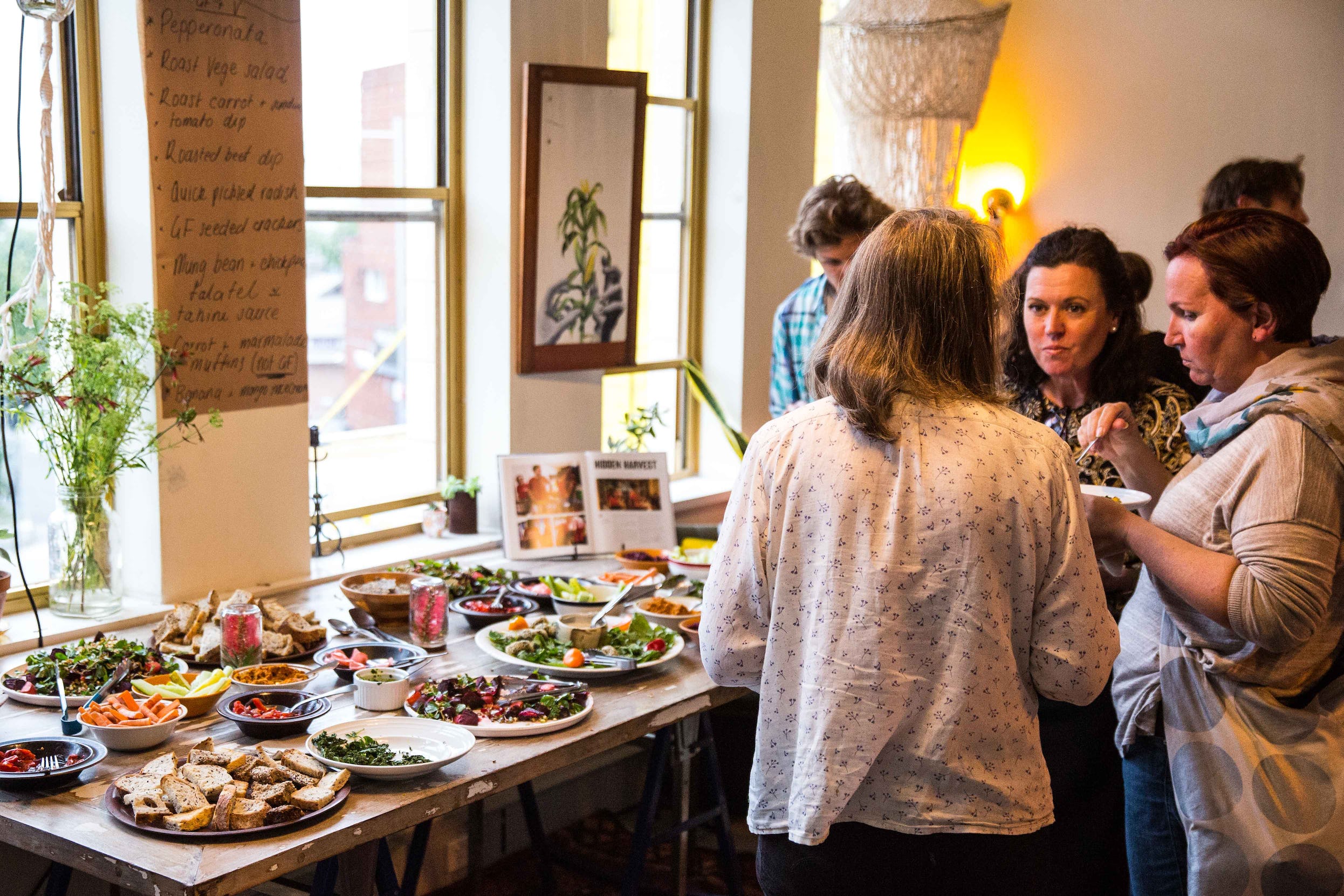 Why is the issue of food waste important to you personally?

Food for me really is everything. It's the one thing that connects everyone with everything. It symbolises history, culture, community and privilege. All of these beautiful aspects of humanity are encapsulated in a dish. And I think food waste can be seen as a parallel story to how we treat [others in] society at large: overconsumption, or lack of consciousness to what we consume, excessiveness in general. [Food] is this beautiful thing but we can make it even more beautiful and less negative by like trying to mitigate some of those impacts.

Can you tell us a little bit about your community events?

We do community dinners quite a bit, obviously not at the moment, but we have some really beautiful community members that love to come and eat with us which is wonderful. They’re are called Wasted Wednesdays. We were doing them for quite a quite a long time last year, which was great.

We do public activations, so that's installations. A cool one that we've done is the ‘Bread Fortress’ at Yours and Owls festival where we built an actual human size fort out of bread that would have gone to waste. We then served punters toast out of it, just to get the conversation going. We do a lot of workshops.

We've also got a ‘Peal to Meal’ workshop [running] at the moment, which is kind of like an entry-level, beginner-friendly cooking experience that gets people thinking about this kind of thing without overwhelming them. 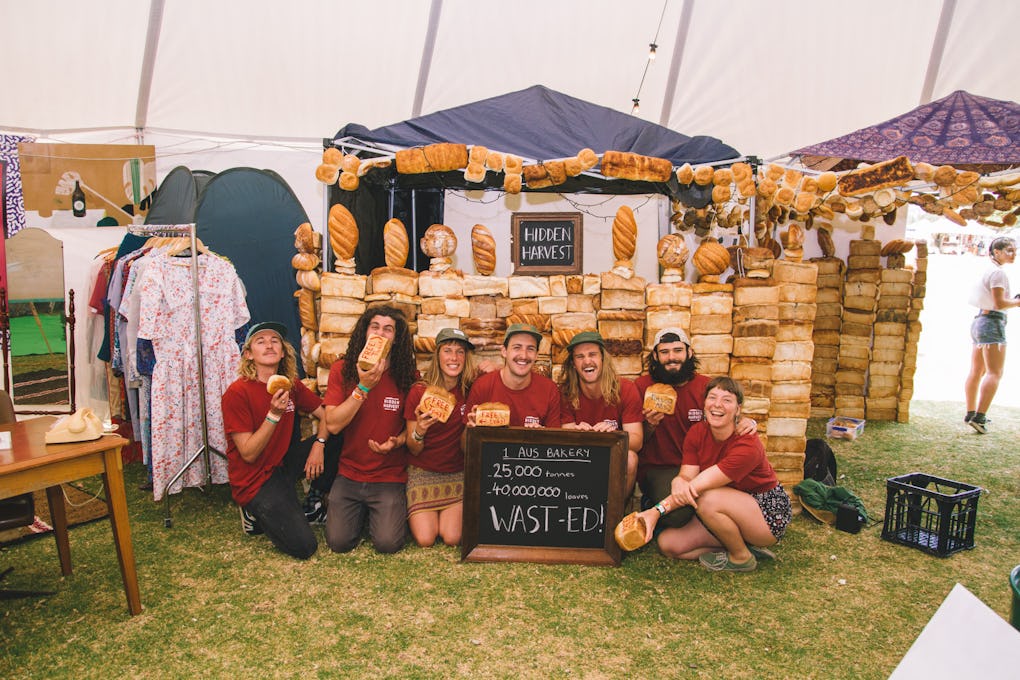 How do you go about recovering food waste?

We've got this really beautiful network of produce wholesalers, bakeries and market farmers around the Illawarra. Basically, if they have a lot of extra produce, we'll be told about it and then pick it up. Then we either will have an event that we're catering, so we turn it into the food for that, or we do preserving.

What is the most effective way of getting people to engage with the issue of food waste?

Feeding people. If you invite them to a space and you let them taste how delicious this can be, they go: 'What is that?'. And you go: 'Oh, it's this weird off-cut or it's this mushy vegetable that you probably wouldn't have touched'. And you just see their eyes light up and they're like, 'Whoa, okay, cool, let's start thinking about this a little bit more'. So, I think it's less telling them why they should be doing it, and why it's important, and more just showing them how to do it. And letting them taste it. 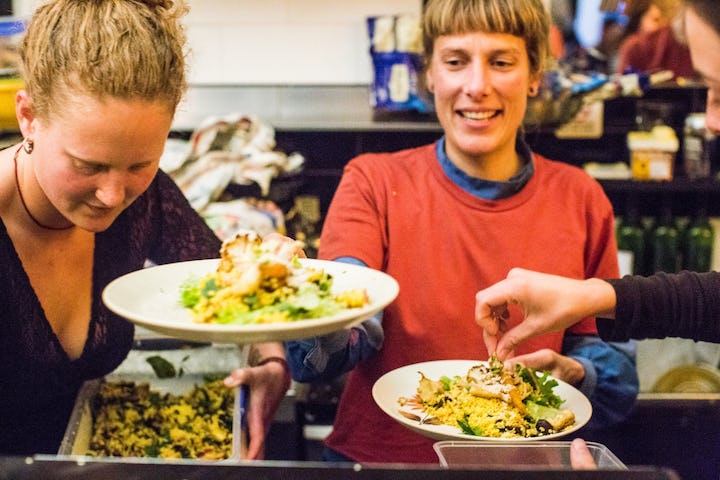 What are your top tips for people wanting to reduce their food waste?

There's six main things that cause food waste: 1) checking what's in your kitchen — the fridge and pantry; 2) writing a list to safeguard against purchasing too much food; 3) utilising the leftovers you have 4) knowing the difference between best before and use by; 5) storing your food correctly, doing a quick Google of ‘how do I store this celery to make it last as long as possible’; and 6) having an open mind about what you are eating — do cut that stalk of the broccoli off and just use the florets? Why do you do that? Why do you think that you can't eat the stalk but you can eat the florets? That's probably the biggest, trickiest thing to get across but the other five are very practical and actually have a lot of impact in people's kitchens.

What do you see as the main barriers to reducing food waste?

That's a big question. I think people like being comfortable with what they eat and what they know. That comfort is built up on their experiences growing up — what they ate as a kid, what kind of town or city they grew up in, what was on offer, what they see at the supermarket. That creates a little food bubble around each individual with what they think is okay to eat and what they like to eat. And getting people to maybe look outside of that bubble is the big thing.

That little look is this massive journey for this individual [and] needs to be so gentle because you can freak them out and then that bubble will just get stronger. So, giving them really like easy, entry-level ways into this thinking like, with the community dinners, being able to eat something that they wouldn't normally eat in a really safe space. Giving them recipes that they can try at home. Giving them tips and tricks. Expanding people’s food comfort zone is probably the biggest thing, I think. 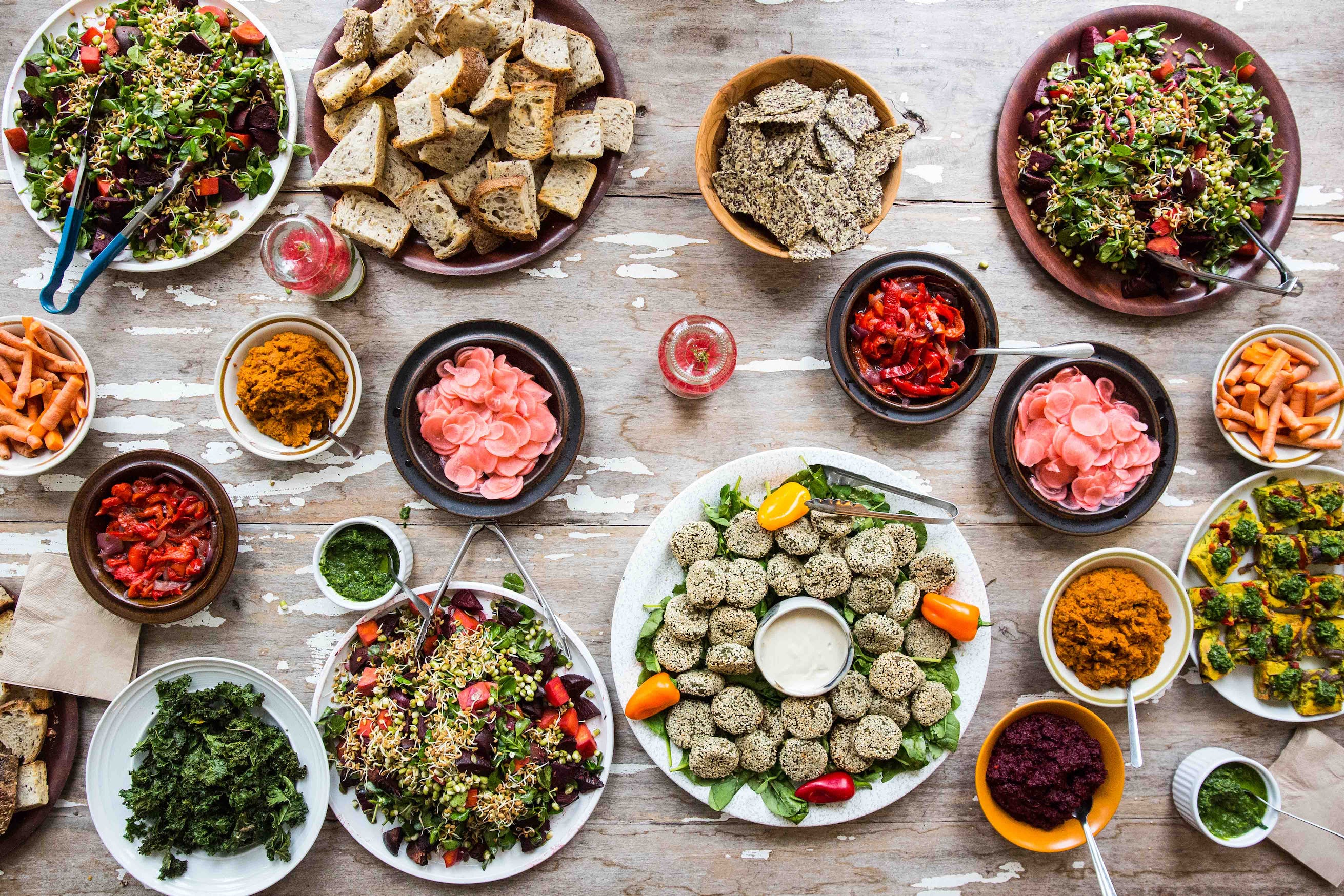 What has been the most surprising lesson you've learned on your waste-reduction journey?

We do some pretty weird stuff at Hidden Harvest so there's been some interesting experiences. You can put lettuce in soup. That was something that I didn't realise was a thing. We had bright green potato soup one day because we ten commercial mixed lettuce boxes to utilise so we made this big green lettuce and potato soup.

In terms of a food waste fact, you can freeze almost anything. That always surprises me.

National Recycling Week takes place from November 9-13. For more information and to find out how you can get involved, head here.

Lucy started her career working as a writer and editor in print and digital publishing. She went on to create content for Australia's leading sustainable fashion platform while completing her Master of Cultural Studies. Lucy spends her downtime at the beach, crocheting and hanging out with her cat Larry. She believes words can change the world and is stoked to help Planet Ark spread the message of positive environmental change.

This Canberra composting service is keeping food scraps in the community

The Bower proves reuse and repair could become the norm

Stay up to date

Whether you're looking for positive inspiration at home, at work or in the community you’ll find something in our suite of e-newsletters.